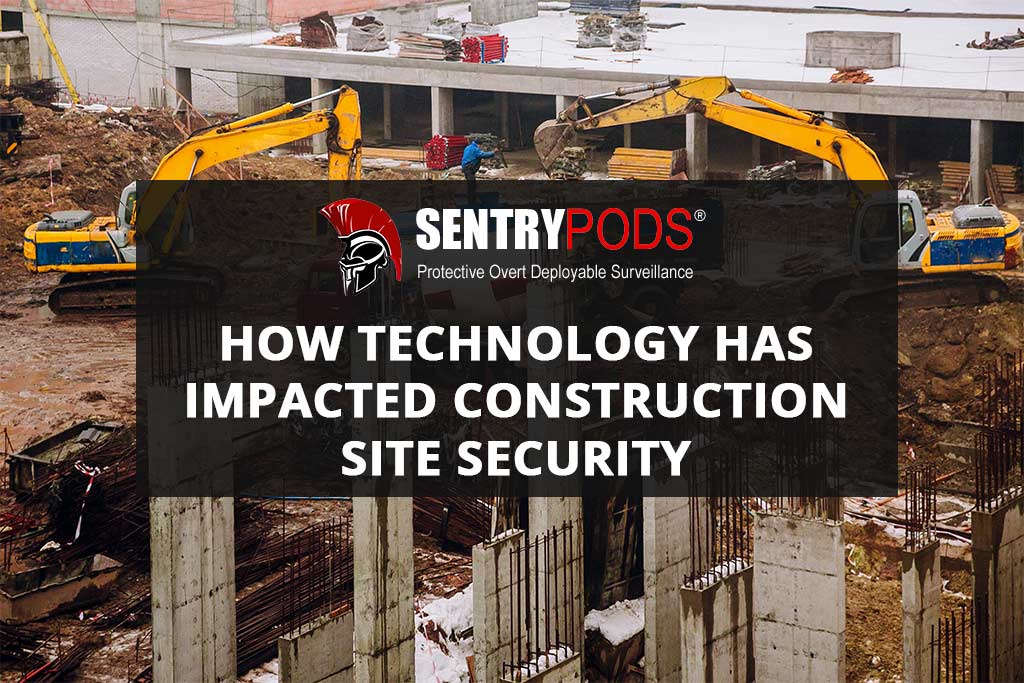 Thanks to constant advances in technology and security systems, gone are the days when a construction site could only be monitored by the eyes of one or two security guards stationed on the premises. And with each new advent in the security technology sector comes a plethora of options to better secure your site against attempted theft, vandalism, and trespassing.

However, with the incredible rate at which technology has advanced, it’s easy to forget how far we’ve come and take our current options for granted. That being said, it may be hard to remember a time before technology made surveillance so easy, but this industry truly has undergone a makeover in the last few years in order to better protect construction sites from falling victim to the regular theft and vandalism that plagues unattended sites.

The introduction of high-tech access control systems has helped tighten security by providing site access to only those who are authorized while overcoming the issue of securing a site with traditional locks that thieves may know how to pick or otherwise vandalize in order to obtain unauthorized site access. Similarly, mobile visitor management systems help security guards to better keep track of any visitors who may be on the premises at a given time.

With the advent of CCTV cameras, old standbys such as physical barriers have gained a companion in their roles as the primary visual deterrents against thieves and vandals. Now, simply seeing the trifecta of fences, gates, and security cameras can sometimes be enough to deter would-be criminals. The introduction of cameras to secure properties has also helped to lighten the workload of security guards by allowing businesses the ability to record footage constantly while guards patrol other areas of a site during their shifts.

While CCTV can help guards monitor the goings-on at a site, in the event that any security threat is observed during a guard’s shift, cameras can’t do a whole lot to help guards respond. Thankfully, technology has evolved to a point where it can offer guards support in this area with the help of mobile patrol apps, which allow guards to report threats and request backup in real time.

And with the technological advances of NFC tags and QR codes, ensuring that valuable tools and equipment are safe and sound on a given site is as easy as paying for your morning coffee with your smartphone! As security guards embark on their regular patrols, they can quickly scan the tags/codes of secured items on site at close range with their phones to ensure that everything is as it should be on the premises.

Clearly, with all of these advances in technology, there is no question that construction site security has improved by leaps and bounds. And with so many tech-based options out there to choose from, the combination that you choose to secure your site will most certainly help to optimize the security of your site, equipment, and valuable tools.