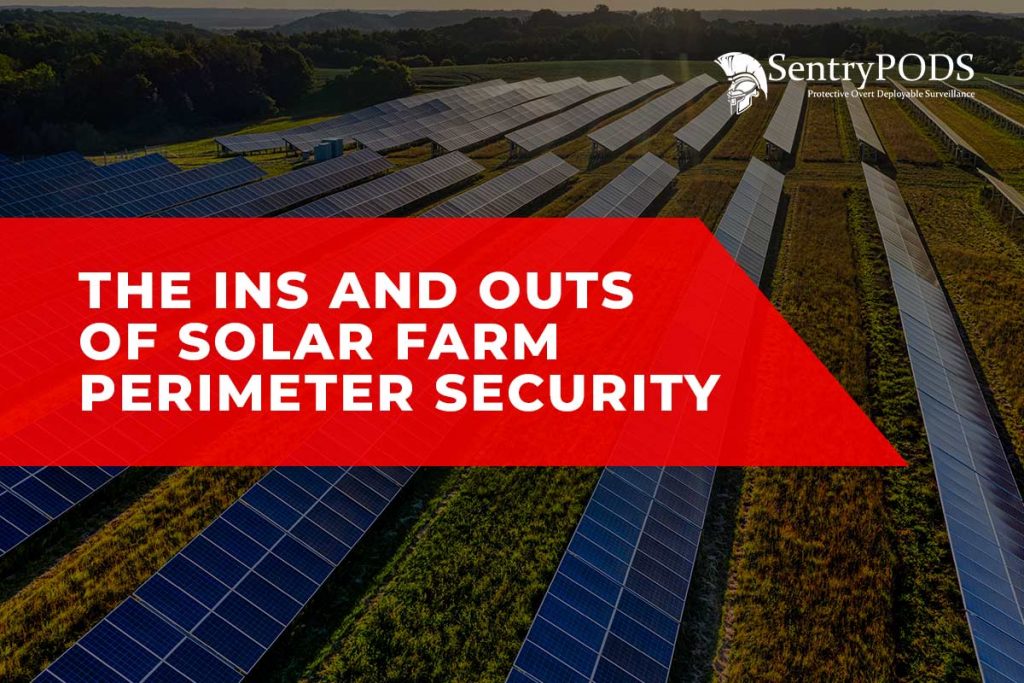 According to the U.S. Department of Energy, solar power is more affordable, accessible, and prevalent in the United States than ever before. From just 0.34 gigawatts (GW) in 2008, U.S. solar power capacity has grown to an estimated 97.2 GW today. By conservative estimates, that is enough to power the equivalent of 18 million average American homes. Today, more than 3 percent of U.S. electricity comes from solar energy, but it is expected that the U.S. could source 40 percent of its electricity from solar by 2035. In order to secure this energy supply, solar farm operators need to take the security of their facilities very seriously. One way to do this is to evaluate solar farm perimeter security and take the appropriate measures to improve it. With that being said, the need for critical infrastructure surveillance continues to grow.

Why Is A Risk Assessment Necessary For Solar Farm Perimeters?

Many solar farms experience theft in the construction phase because security measures were not put in place from the outset. Theft at solar sites is increasing, creating operational challenges within the industry. Due to the rural location of many solar farms and the high-dollar value of solar panels and copper wiring, solar farms are often easy targets for criminals. Performing a risk assessment on your solar farm perimeter will help mitigate the following scenarios:

Over the past decade, advances in technology have helped increase the scope of perimeter security systems. These advances have benefited security operations at many high-risk sites, including solar farms. Common security measures include physical barriers like fences, physical patrols of the perimeter, video surveillance systems, and advanced monitoring that allows operators to have access to their facility 24/7, even if they are not on-site, to assess problems and address security breaches. Some of the security measures solar farm operators can use to increase their solar farm perimeter security include:

Crime doesn’t just cost money – it costs solar farm operators time. When thieves target solar farms to steal solar panels and expensive cable, insurance paperwork needs to be addressed and the local authorities must take action. All of this impacts a solar farm’s operational continuity, and negatively affects revenue for operators. By deploying advanced video surveillance systems, solar farm operators can protect the solar farm perimeter against the security threats it faces. Video surveillance can also reduce the cost of security guards, keep operators in compliance with insurance regulations, and identify threats before a crime can be committed.