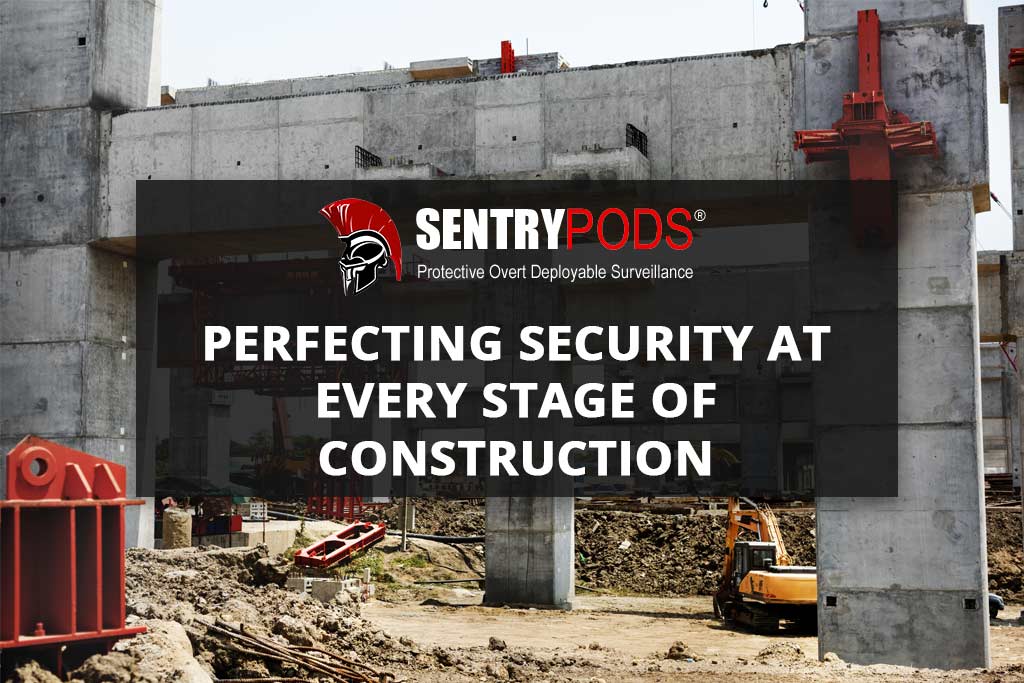 It’s no secret that theft and vandalism are some of the biggest threats to construction sites. However, the always shifting and changing nature of construction sites means that their security needs are always in flux. This means that depending on how far along a project is, the more value is apparent on a site – and, therefore, the more need there is for reassessing or upping the amount of security present.

Because changing your site’s security needs to match the status of your construction project’s progress means that you will be able to better deter thieves and vandals from targeting your site, these security alterations can mean that less money is lost due to missing equipment/tools and costly time delays.

When assessing a site’s security needs, it’s important to remember that there are three main stages to every construction project: the foundation phase, the structural phase, and the final stage. Each of these stages has their own unique security needs that should be incorporated as a project progresses.

First up is the foundation phase, which refers to the very beginning of a project when a site’s foundation is laid. During this stage, the number of workers present at a site is minimal, which means that the security in place need not be robust. At this point in time, you are likely looking at installing adequate fencing to create a barrier between the site and the outside world. Coupled with gates to allow access for authorized personnel and vehicles, these barriers should be enough of a deterrence against crime for this initial stage of construction.

Once the foundation has been laid and construction of your building has begun in earnest, there will likely be an influx of specialized workers accessing your site. This brings us to the structural phase of construction, in which your site will see a flurry of activity that can’t always be monitored. Because of this, increased security options that limit access to the site via automated passes are crucial. Other good options for this phase include fingerprint-controlled access systems, hand-held transmitters, and, of course, surveillance cameras.

Lastly, once exterior work is completed and the final touches are being put on the interiors of a project, we move on to the final phase. During this phase, your site most likely contains some of the most expensive equipment it can have – and with project completion so close, it’s of the utmost importance to defend these assets and prevent costly delays caused by theft or vandalism. To better secure the area during this phase, maintaining exterior fencing while migrating existing security options such as surveillance cameras and high-tech access control systems to the interior of the building can help control who has access to your site. Also helpful is installing sensors inside the building to better monitor on-site activity; these sensors can generate automatic reports if unauthorized personnel are detected, and these reports can then notify project managers and police if action is needed.