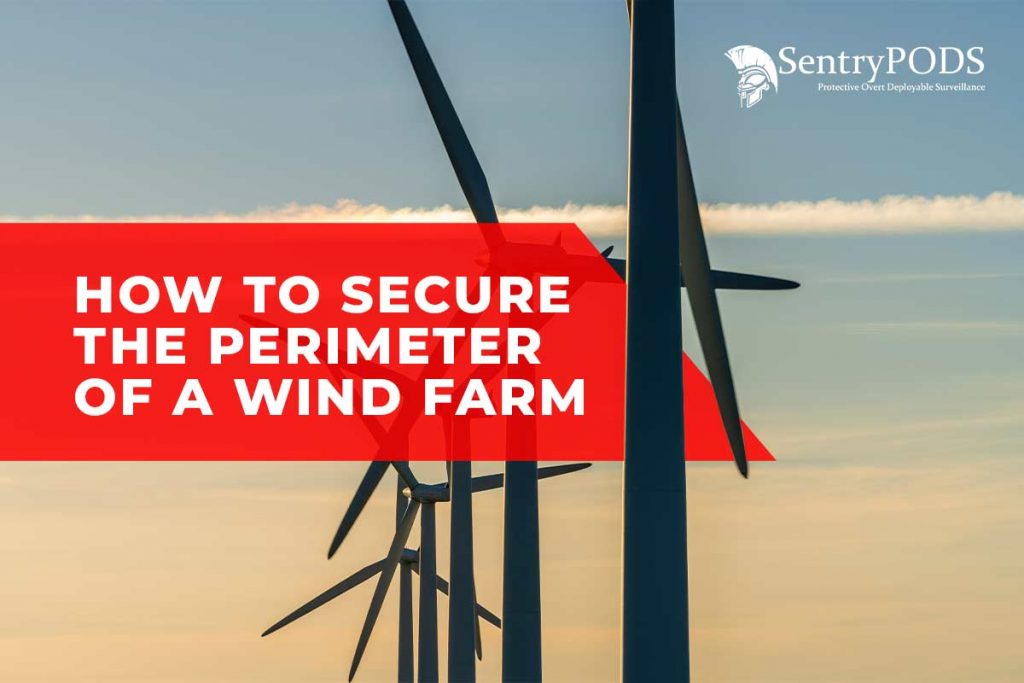 According to recent data, there are approximately 70,000 wind turbines scattered across the U.S. that are generating clean, reliable energy for American consumers. The country’s wind power capacity totals 139 gigawatts, making wind power the fourth-largest source of electricity generation in the nation with enough output to light up 43 million American homes. However, the sprawling and remote nature of wind farms means that they are often targeted by criminals – both in the construction phase and once the farm is up and running. Thieves target wind farms looking for copper, construction equipment, and other valuable items. To protect critical infrastructure, it makes sense to put wind farm perimeter security measures in place. This will proactively prevent loss and damage to the facility while helping utilities deliver maximum profitability and ROI. With that being said, the need for critical infrastructure surveillance continues to grow.

The Benefits Of A Wind Farm Perimeter Assessment

The security of wind farms is essential to prevent damage, theft, and even vandalism. Unfortunately, wind farms are often the victims of vandalism or unwanted visitors. Activists, as well as burglars, often target these remote facilities, making security a necessity. Performing a wind farm perimeter assessment can help mitigate the following issues:

What Security Measures Should You Use On A Wind Farm?

Utility-scale wind farms face an increasing number of security risks. Criminals target wind farm sites for copper, electrical equipment, and valuable construction machinery. The fact that wind farm sites span large geographic areas means that criminals have plenty of opportunities to breach the facility’s perimeter. Securing your wind farm perimeter is necessary, but what security measures should you put in place to deter criminals, vandals, and other bad actors?

Advanced Technology As A Security Measure

Thanks to recent advances in technology, video surveillance systems have improved both in terms of optics and digital image recording. The equipment that is now available to wind farm operators and large-scale utility providers are capable of making clear recordings at night and during inclement weather, meaning that an animal wandering too close to the wind farm perimeter can be differentiated from a human intent on criminal behavior. This prevents numerous issues and can prevent criminal activity before it results in equipment damage and lost revenue.

For more information on video surveillance options for wind farms and other utilities, click here.