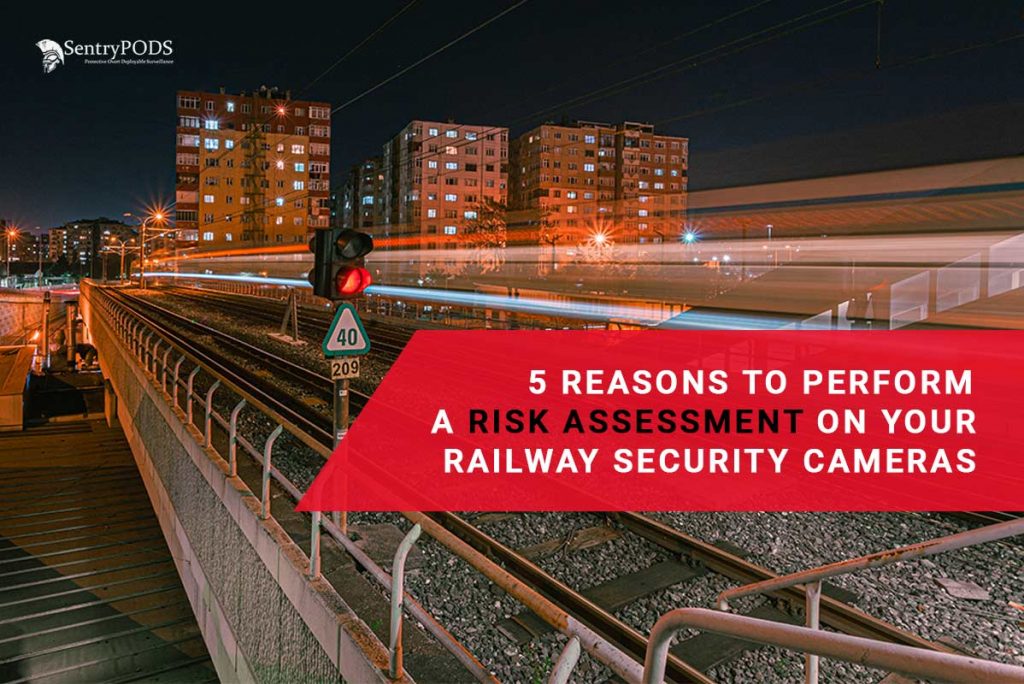 What is perimeter security? It is the first line of defense you employ to protect the assets, information, and people that help keep the nation’s critical infrastructure running. In terms of the transportation sector, and railway infrastructure, in particular, perimeter security encompasses more than 140,000 miles of track as well as the tunnels, bridges, viaducts, rail yards, stations, stops, and equipment that belongs to the railway industry. In order to effectively secure the perimeter of these various assets, railway operators and carriers must perform routine risk assessments to identify safety and security risks. With that being said, the need for critical infrastructure surveillance continues to grow.

Why Is A Risk Assessment Necessary For Railway Perimeter?

Whether a railway carrier performs an in-house audit of its perimeter or hires an outside firm to evaluate security risks and make recommendations for security improvements, a risk assessment will ensure the safety of passengers, employees, and cargo associated with the nation’s railways.

Additionally, a risk assessment shows that a railway carrier is making a conscious effort to ensure they are meeting the safety and sustainability compliance requirements that are standard within the industry.

Using Technology to Improve The Perimeter Security of Railway Infrastructure

Even with the challenges listed above, new and advanced technologies exist that rail organizations can employ to effectively eliminate the risks associated with their operation. In recent years, America’s railroads have been investing in infrastructure and technology to help improve transportation security. This investment has strengthened their ability to protect against threats, and to maintain the rail security of critical surface infrastructures such as bridges and tunnels.

Some of the new technologies that are now available to railway carriers include:

The Five D’s of Perimeter Security

While securing the perimeter of railway infrastructure is a complex task, keeping the five D’s in mind will help – deter, detect, deny, delay, and defend.

Perimeter security systems allow industry operators to detect unauthorized access and intrusion immediately and can delay and/or eliminate crime from happening. After performing a risk assessment, operators can decide which combination of physical security measures and technology will help them secure the perimeter and protect the passengers, employees, and cargo that are transported by railway daily.