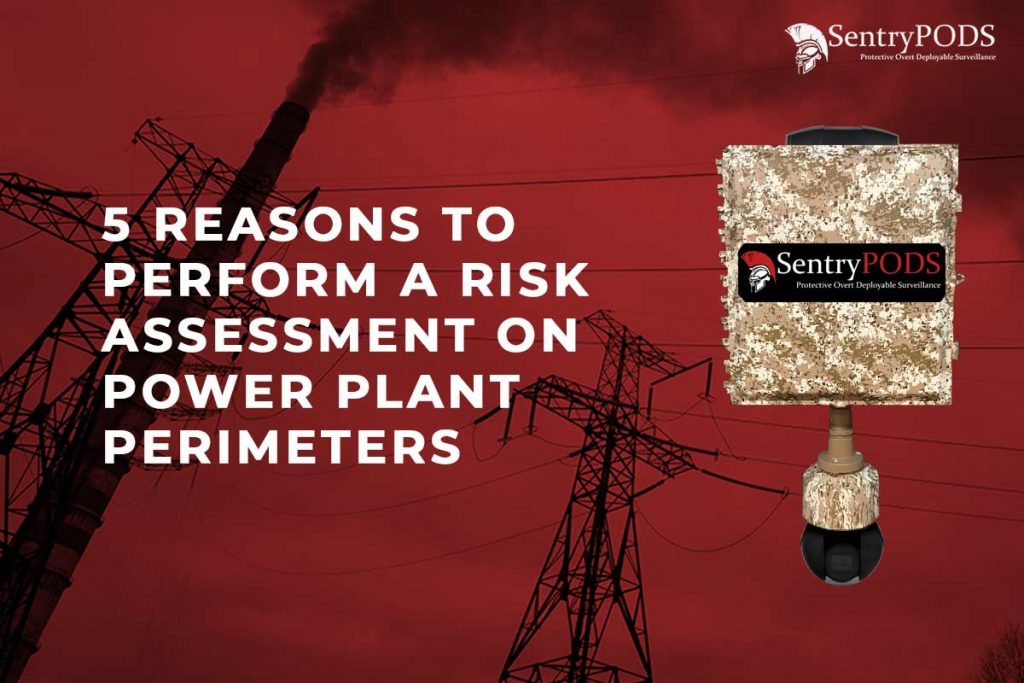 If you’re trying to protect high-dollar equipment or keep people at a distance from high-security areas that contain sensitive information, you need to invest in quality perimeter security. Critical infrastructure sites, including energy and power plants, need to protect physical assets as well as data and other proprietary information. Performing routine power plant perimeter checks at these facilities is a necessary first step to securing the nation’s power supply from theft and vandalism. With that being said, the need for critical infrastructure surveillance continues to grow.

Why Is A Risk Assessment Necessary For Power Plant Perimeters?

The energy sector, with all its supporting infrastructure, is a target for theft and vandalism. The nation’s electric grid is complex and includes more than 7,300 power plants, 160,000 miles of high-voltage power lines and millions of miles of low-voltage lines, and countless substations and transformers. The remote sites of many utility facilities make them more susceptible to attack with less risk of detection. For that reason, performing a a power plant perimeter risk assessment is important to mitigate the following scenarios:

Over the past decade, advances in technology have helped increase the scope of perimeter security systems. These advances have benefited security operations at many high-risk sites, including power plants. Common security measures include physical barriers like fences, physical patrols of the perimeter, video surveillance systems, and advanced monitoring that allows operators to have access to their facility 24/7, even if they are not on-site, to assess problems and address security breaches.

While traditional wisdom said a perimeter fence was enough to get the job done, today’s environment has taught us that a simple fence is not enough. Instead, network video surveillance offers versatile and layered perimeter protection that allows you to monitor what’s going on within your critical infrastructure site in real time. This cost-effective security measure allows operators to be proactive and quickly respond to a situation. Additionally, surveillance cameras that are visible and prominently placed at strategic points around the perimeter deter unwanted activity simply by alerting criminals to the fact that they are being watched.

With so many advances in technology, it is often difficult to know which surveillance system to employ. Power plants have been using thermal cameras for years, both to monitor equipment and detect intruders. When used in combination with perimeter fencing, thermal cameras provide a superior perimeter protection system. Thermal cameras are uniquely adept at monitoring the perimeter for the following reasons:

While the risks to power plants and supporting utilities cannot be overemphasized, the advanced technologies and security systems that are on the market today provide exceptional perimeter protection. After performing a risk assessment of the facility’s perimeter, operators can decide which combination of physical security measures and technology will protect critical infrastructure and keep the nation’s lights on.