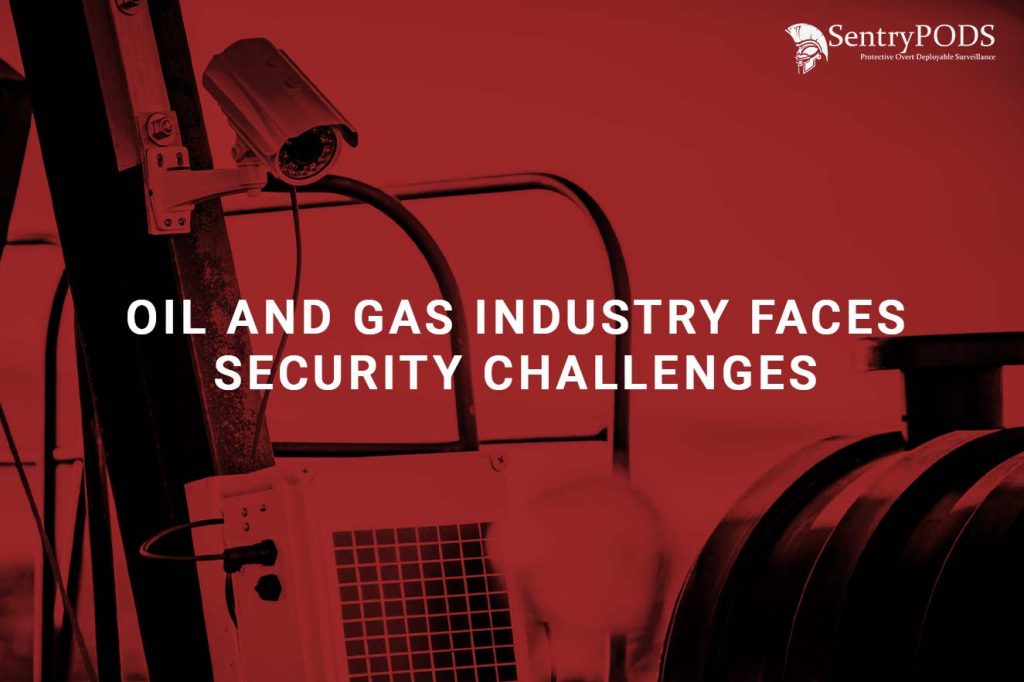 The Oil and Gas Industry is divided into key segments that include: exploration, extraction, refining, and transportation. The segmented nature of the industry makes it vulnerable to attacks, both physical and cyber, by various bad actors and terrorist groups across the globe. These malicious acts threaten both critical infrastructure and national economies, making security challenges a top priority for the Oil and Gas Industry. With that being said, the need for critical infrastructure surveillance continues to grow.

Companies in the Oil and Gas Industry are facing a growing number of security risks. The private security companies that companies hire to protect the remote locations of wells and refineries are confronting non-traditional strategies deployed by a host of new opponents, both internal and external. These malefactors run the gamut from national and international extremists and well-organized criminal groups to hackers, ideologically motivated individuals, and disgruntled employees, past and present.

However, the biggest security challenge faced by the Oil and Gas Industry is the vast number of locations within the industry that need to be protected. As of 2018, the natural gas industry reported that there were nearly 1,000,000 wells in the U.S. alone. These wells are located in remote areas that cover large areas of land, and have limited access to electrical power to run security cameras. Refineries are also located in remote areas, and often have perimeters spanning more than 20 kilometers. Designing a security system that can provide 24/7 monitoring for facilities of this size and in such remote locations is not easy, but it is a challenge that must be solved in order to protect our nation’s critical assets and safeguard this critical infrastructure.

Safeguarding The Oil and Gas Industry Against Security Challenges

The entire infrastructure of the Oil and Gas Industry is a potential target for those who wish to attack it, but bad actors also create localized attacks that hone in on specific segments, equipment, support systems, transportation facilities, and technology connected to this industry. Specific segments that have the potential for attack include oil and gas wells, pipelines and pumping stations, and storage facilities. These are generally located in isolated areas, making them attractive targets with little fear of immediate counterattack. The equipment and support systems found at extraction sites and refineries are generally targeted because a successful attack would cripple local operations and bring local (if not global) economies to a halt. And the transportation segment of this industry is vulnerable because of the global impact a disruption in supply chain delivery would cause to national economies.

Is Oil and Gas Technology Under Cyber Attack?

According to industry experts, cyber-attacks are growing quickly and becoming more and more sophisticated and difficult to detect. This makes them more difficult to anticipate, and as a result, Oil and Gas companies are losing large sums of money trying to recover from these attacks after the fact.

The technology systems that companies in the Oil and Gas Industry typically use are Supervisory Control and Data Acquisition Systems, or SCADA, which are remotely controlled. This makes them susceptible to malicious attacks. It is critical for oil and gas companies to adopt strategic countermeasures to help them protect against such attacks.

The security challenges that the Oil and Gas Market faces are extremely complex. Additionally, these environments are typically located in remote, harsh, and hazardous conditions, which makes deploying and maintaining security technology complicated. To combat these challenges, oil and gas facilities must employ surveillance devices that are designed to withstand the elements while providing a complete view of the scene for monitoring activity and identifying threats.

Read more about surveillance options for the Oil and Gas Industry.