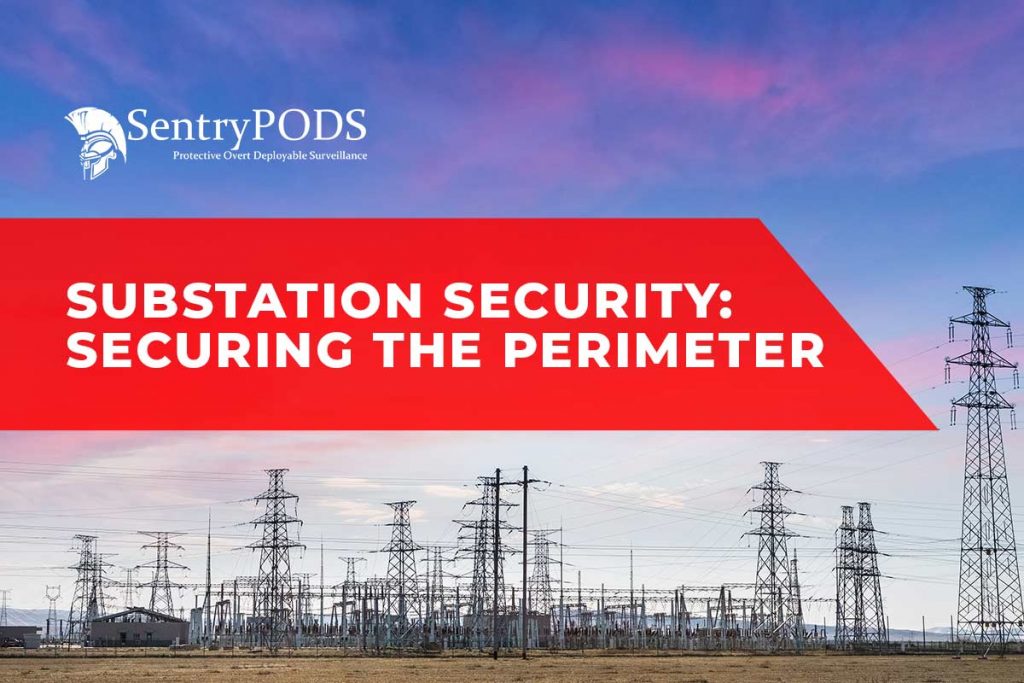 Electrical substations are the backbone of our nation’s power supply, generating power for millions of Americans. Recent domestic terror attacks on substations, first in Moore County, North Carolina on December 3, 2022, and the second on Christmas Day in Pierce County, Washington, left thousands of Americans without electricity. These acts of domestic terrorism placed the affected areas at complete standstills. Ensuring substation security is essential.

What is a substation?

Substations generate electrical voltage and convert it into a level that is safe for consumers to use. Substations play a critical role in powering our nation’s homes, businesses, hospitals, and more. These massive facilities—most the size of two football fields put together—can produce electricity for thousands of consumers. They are a critical part of America’s infrastructure and ensuring their safety and security should be the main priority.

Without substations powering homes, Americans’ daily lives are directly interrupted. Those who depend on oxygen or other electrical medical equipment are at risk of dying should their electricity be impacted by an attack on these substations.

Besides the ever-present threat of potential random power outages, substations now have a new threat against them. Attacks like those in North Carolina and Washington state are not new; there has been an increase in similar attacks on substations nationwide since 2020. In North Carolina, the attackers were armed and caused damage to the substations using firearms. It is unclear how the substation in Washington was vandalized, but the one common aspect between both events is damage to the gates of the complexes. The attackers gained entry through these damaged gates, and most likely, damaged the gates themselves.

Substation security is critical. But what options are available to secure them?

The first line of defense for any property is the perimeter. Protecting the perimeter, and entrance to the nucleus of the property, in this case, the substations. Gates and fences are good ways to protect the perimeter, but in both of the recent attacks, the gates were damaged irreparably. Ensuring that gates and fences are secure along the perimeter of these complexes should be the main priority for attack prevention and mitigation. Updating security gates and fences, and securing any other access points is a sure way that domestic terror attacks such as these cannot happen again. America’s critical infrastructure is harmed when these substations are damaged, and the lives of thousands are impacted.

Another good way to secure a substation is to deter potential criminals by using overt camera systems. The more overt a security system is, the less likely a criminal is to continue their vandalism. Updates to security cameras have advanced greatly, both in terms of camera qualities and specifications. Remote monitoring is available to ensure round-the-clock protection and surveillance, without the threat of physical violence against a human security guard, the risk of human error, memory lapse, and more. Cameras now also include talk-down capabilities. These can come from a live, remote guard speaking into a microphone and projecting to the site, or audio of a prerecorded message. Often, a bad actor hearing that someone knows that they are on the site deters them from acting further.

Substations are critical to Americans’ daily lives. Substation security is essential to ensuring that there is no interruption to our nation’s critical infrastructure.

About Our Substation Surveillance Capabilities

SentryPODS surveillance cameras continue to grow in relevance. Our cameras require no wires, have hot-swappable components, include a cellular connection, can post to solar trailers, and will be set up in 3-5 minutes (video streaming is pre-configured before shipped to your site).

Learn More About How SentryPODS is Protecting Our Substations & Energy Companies