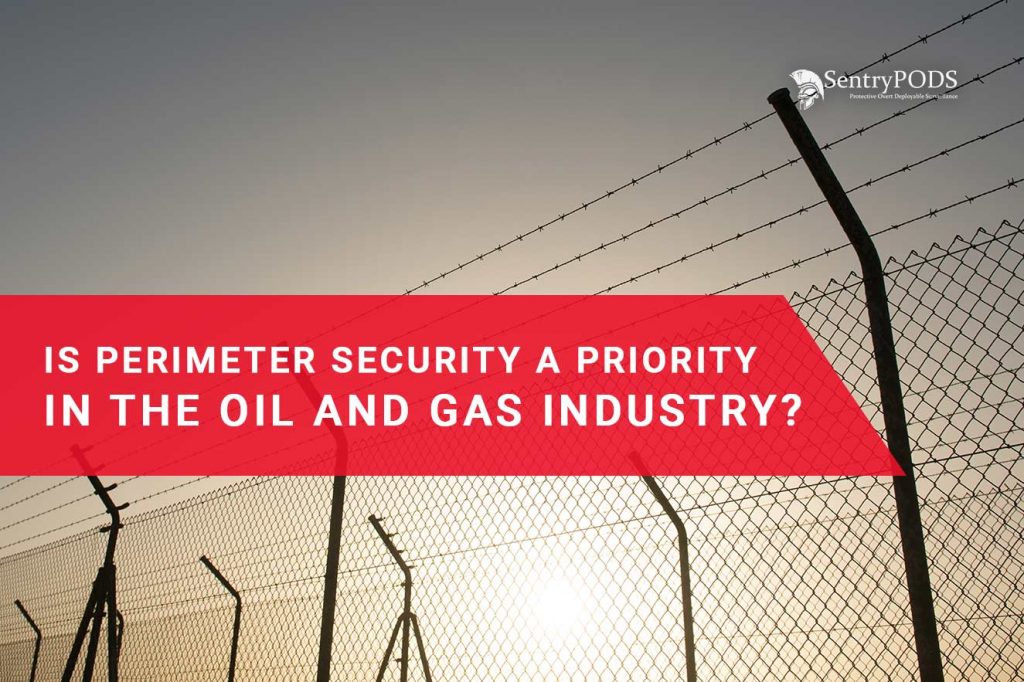 Securing the perimeter of oil and gas infrastructure is critical, but also very complex – as the security needs of each site vary within the upstream, downstream, and midstream sectors of this industry. For example, protecting an offshore oil rig requires a different approach to perimeter security than a pipeline or refinery will require. Knowing the specific needs of each oil and gas location for perimeter security is essential to assessing and preventing potential risks associated with oil and gas production, and securing the critical infrastructure of these individual sites. With that being said, the need for critical infrastructure surveillance continues to grow.

The Oil and Gas Industry By Sector

The Oil and Gas Industry is made up of three different sectors: upstream, downstream, and midstream. Upstream oil and gas production is conducted by companies that identify, extract, or produce raw materials and include oil rigs and wells. Downstream oil and gas production companies are involved in the post-production of crude oil or natural gas and include refiners. The midstream sector includes the transportation and storage of materials from rigs or wells to storage and distribution facilities, and includes pipelines and tank farms. Each sector has its own security threats, which need to be taken into consideration when designing a comprehensive security system for the perimeter.

There are many potential security risks that can impact the operations of an oil or gas rig. These include any small boats or ships that might be in the vicinity of the rig, as well as swimmers who might approach the rig. A security system that protects the perimeter of an oil or gas rig needs to be able to track and identify bad actors before they breach the perimeter. Long-range, high-tech devices that track various targets and proactively identify them early on are beneficial in this environment. To do this, you will need:

Making Security a Priority For The Midstream Sector

Oil and Gas pipelines are vulnerable to theft and sabotage, with a single incident liable to cause property destruction, service interruptions, and risk to human life. The theft or vandalism of equipment can lead to environmental damage, while leakage from a section of pipeline can have very serious consequences. For this reason, consistent pipeline monitoring and security is critical. Consider these qualities when installing a security system along your pipeline perimeter:

Downstream Perimeter Security in the Oil and Gas Industry

Oil and gas refineries are often targeted by criminals. These large facilities are highly complex in terms of security, and require strategic solutions to secure the perimeter. In recent years, thermal imaging systems have gained in popularity for these types of facilities. These systems are capable of operating in complete darkness, extreme weather scenarios, and near-zero visibility. Most have high-resolution capabilities over the medium to long-range spectrum, and are capable of integrating with existing networks to keep cost low. Audio technologies, like loudspeakers used to broadcast automated warnings to people entering restricted areas or live talk-downs by operators to unauthorized people seen near the plant’s perimeter are also effective security measures for oil refineries and tank farms.

Due to their remote nature, the critical assets of the Oil and Gas Industry are particularly at risk from physical threats. Effective perimeter security means multi-level network surveillance in conjunction with active deterrence solutions like audio and illumination, operating 24/7. From oil or gas rig to refinery, and everything in between, scalable intrusion protection is an essential part of ensuring Oil and Gas Infrastructure. Secure, networked video surveillance in combination with physical barriers will allow for a complete and robust perimeter security strategy that safeguards your critical site from physical as well as cyber attacks.

Click here to learn more about the SentryPODS technology that can secure your oil and gas infrastructure sites.