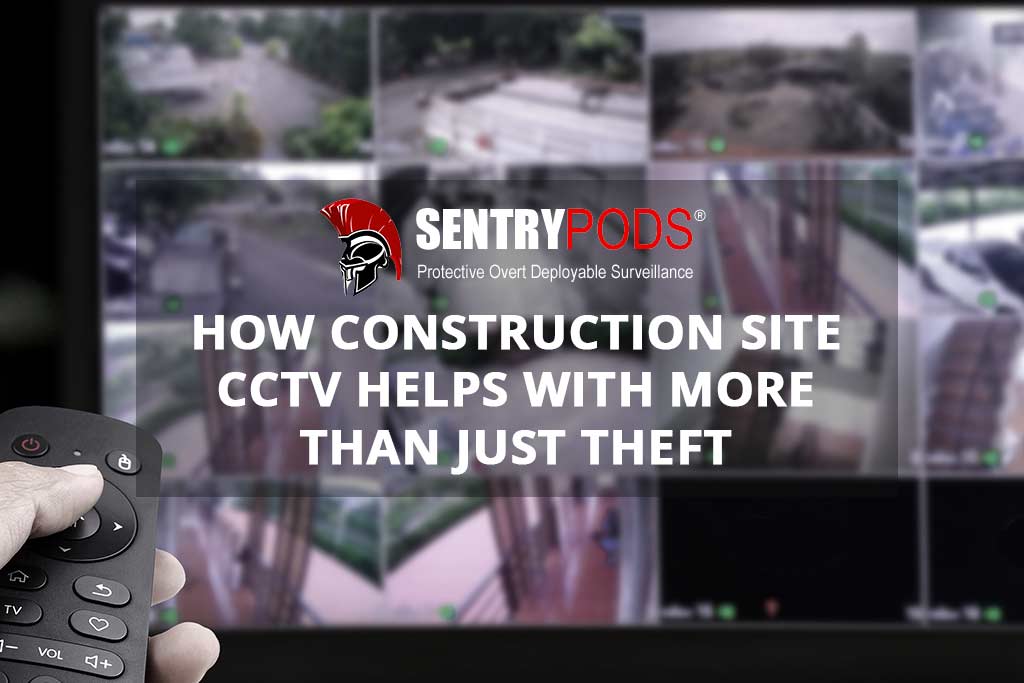 Construction equipment doesn’t come cheap, and that becomes painfully clear whenever a site is looted by thieves and vandals – which, unfortunately, happens all too often. The American construction sector sees a staggering total of $300 million in annual equipment theft costs which, while shocking, does make a case for investing in high-quality surveillance systems to better secure your sites.

While it may seem like CCTV cameras have functions limited to simply deterring thieves and keeping records of any theft that may occur, their merits far exceed these two limiting roles. Yes, a security system provides valuable security and protection by visually communicating to thieves that a given site is being monitored regularly – which, in turn, can deter them from targeting the premises. And yes, if a crime does take place on a job site, footage of the proceedings will be caught on camera. However, the benefits of having a surveillance system in place at a given site don’t stop there.

With CCTV footage recorded, employees’ whereabouts and actions while on the job can be tracked, which helps elevate a supervisor’s role to another level. This is also a bonus because if morale is low and workers are suspected of stealing equipment or other on-site resources, records of this behavior can be caught on camera and the footage can be escalated to the appropriate party where the issue can be handled appropriately. Similarly, with workers’ activities caught on camera during the day, supervisors can get a better idea of how resources like cement, gear, and tools are being used, which can help ensure that a project is sticking to a given budget as the timeline progresses.

Speaking of timelines, CCTV can help give you a better idea of how a construction project is progressing as many cameras may be mounted to provide a birds-eye view of the premises, which, when played back, can give viewers a sense of how much progress a project (and its workers) have made in a given period of time. This can in turn help provide information on what resources may be needed at a given time in order to keep a project on track and running on schedule.

Finally, CCTV can help provide essential proof in a court of law. Whether you’re facing a case of workplace injury or equipment theft, if a site is monitored by a surveillance system, the footage recorded on-site can be submitted as evidence and can potentially make for a stronger case. Either way, you’ll be happy you had that footage on hand.

With so many reasons to invest in a security system, it’s a wonder that every construction site doesn’t have them!